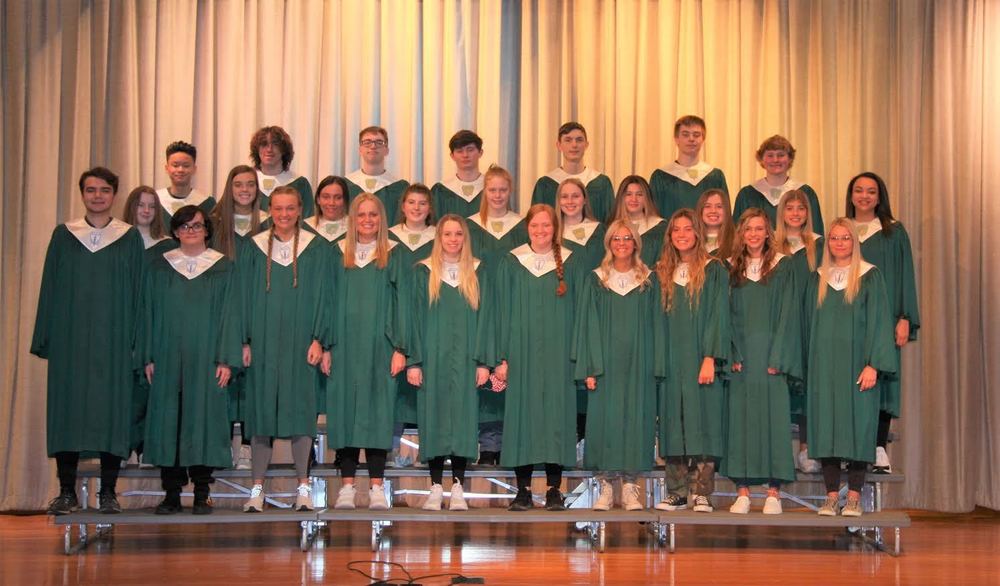 Admission to the National Honor Society is the greatest honor that can come to a high school student, for it represents excellence of achievement in every line of endeavor.  To be eligible for membership, a student must have an overall scholarship average of "B", 3.0 average.  Additionally, potential members must meet high standards of leadership, service, and character.  A student may therefore make all honor grades and still miss the National Honor Society if he or she does nothing for school or community.  The faculty selection committee evaluated eligible members of the junior and senior classes. The students, who have attained this high standard, have been chosen to become members of the National Honor Society by a vote of a majority of the faculty council with recommendations of a ranking system from the rest of the faculty.  Each eligible student must submit an essay addressing the four qualities including information about accomplishments, which is also reviewed by the council. These students who are selected are to be greatly congratulated for the excellence of their record, from the time they entered high school as freshmen to the date of their selection.   These are the National Honor Society Senior Officers are:  Co-Presidents, Megan Bonham and Garrett Heisterkamp, Co- Vice Presidents, Jordan Collison and Mallory McCall, Secretary, Emma Pitt, Treasurer, Samual Coleman, and Public Relations, Courtney Davis.  Newly inducted senior members are; Gracey Lucas, Hannah Miller, Tayah Struble.  Newly inducted juniors are:  Madison Chesnut, Treyton Harris, Jaliegha Herman, Cole Halverson, Danny Komarek, JJ Lander, Morgan Lu, Olivia Phipps, Jacee McLeod, Hannah Messerole, Rosara Reicks, Sydney Richards, Sierra Siebersma, Nedelle Smarrtt, Miella Struble, Connor Terry, and Reid Warner.

Members in the Picture